5 Business Contract Disputes You Need to Watch Out For

Contract disputes are a major cause of business litigation. Whether big or small, any type of lawsuit guarantees a headache and can damage the company. Knowing this, it’s important that you understand the world of contract law when running a business. And that’s what you’ll be learning in this blog post! To avoid future problems, here are five contract disputes to look out for.

Material breaches contradict the purpose of the terms in a contract. Oftentimes, it is when one party fails to perform or deliver what was promised in their obligation. This type of breach can be intentional, like deliberately violating the agreement, or unintentional in the form of emergencies and unexpected events. One typical example of this breach is when a construction project needs to be stopped because materials weren’t delivered on time by the supplier. The aggrieved party can argue that material changes were made without prior notice, making it impossible for them to finish the project on time.

Partnership disputes come in two forms: breakups and disagreements. Breakups are less common, but they can happen when one party decides that it wants out or the other party doesn’t want to do business anymore. This typically occurs when the accused party overstepped their boundaries in the contract or when they don’t honor terms in the agreement. The best way to avoid this is to come to a leveled understanding of the terms just before the contract is signed. This way, both you and your partner both stand on equal ground regarding expectations.

It’s a no-brainer that consumers have rights too. That’s why companies like yours should be careful when launching a product to the market. See, businesses already sign a legally binding agreement just before a release. In this contract, they’ll be obliged to deliver the exact promises and features to their consumers. If, for example, a phone company launches a defective unit or lacking promised features, consumers can ask for a refund or, worse, the company ends up facing a class-action lawsuit.

This is another common type of contract dispute in a business setting. Employees can feel like they are being mistreated, whether through low wages or discrimination in the office. They feel like they’re not getting everything promised in the employment agreement. In these cases, it’s essential that you keep a detailed record of what was agreed upon and discuss this before onboarding someone to achieve clarity about expectations going forward. You can also have clauses written into your contracts about how disputes will be handled, which help avoid worst-case scenarios when things get too heated in the workplace.

You may think confidentiality agreements don’t matter much in business interactions, but that’s not how it works. Such contracts often involve trade secrets, sensitive information, or intellectual property that is critical to the company, which is why it’s essential to include these stipulations in your agreements for all employees and clients. Of course, you also have to maintain such agreements with partner companies to earn their trust and support in the future. Keeping secrets is a must-have skill in business!

Contract disputes will always happen over the course of your company’s life. The best way to avoid such scenarios is to hire a good contract law attorney. He can help draft your contracts, provide legal advice, and even represent your company in court in the event of a lawsuit. Remember, prevention is better than cure! 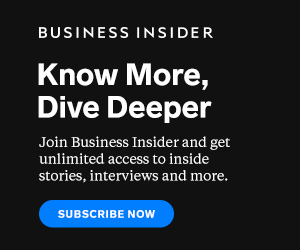